AACS 2020 Hall of Fame YouTube Premiere
Premiered on Thursday, October 22, 2020. If you missed it, you can still view it on YouTube.
Just click on the video below to be redirected to our YouTube channel and enjoy!

Congratulations to our three AACS Class of 2020 Hall of Famers

Kelly earned multiple varsity letters in both soccer and lacrosse.  She finished her soccer career with 48 goals and 24 assists.  She earned All-Conference honors during the 2007 and 2008 seasons.  She was a part of the 2006, 2007, and 2008 championship soccer teams.  She was humble, hard working, and a great leader as a student at AACS.  She was often a point of emphasis for other teams to stop.

Conner was a 4-year varsity basketball player and also played one year of varsity volleyball at AACS.  He is currently the all-time leading scorer for basketball with 1,236 career points.  He also holds the record for career assists and 3-pointers made.  He was named to the All-Conference team in 2011 and 2012 and was named 2nd team All-County.  He was the MVP of the Eagle Classic tournament and was nominated to play in the Anne Arundel County Senior All-Star Game.  Conner went on to play basketball for the University of Maryland. 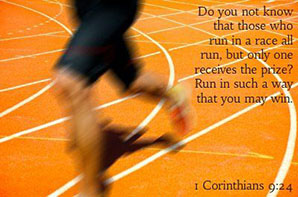 Founded in 2010, the Annapolis Area Christian School Athletic Hall of Fame was established to pay tribute to those individuals who have made exceptional contributions to the quality and tradition of AACS athletics. The example the Hall of Fame members demonstrate is an encouragement and a challenge to those both outside and within the school. While not exclusive, the following attributes will be principal factors in selecting someone into the Hall of fame: Christian character, recognized athletic excellence, leadership and commitment.

Any member of the AACS family may submit a nomination for individuals who meet the eligibility criteria. We hope you will reflect deeply on the athletes and coaches who have shaped AACS athletics.